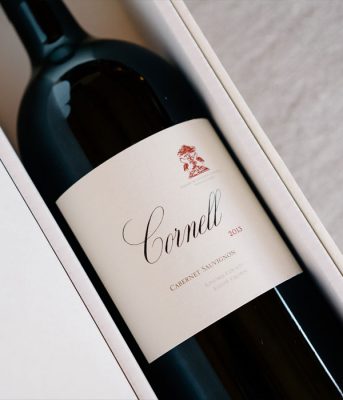 Sonoma County California
Vinous 97 Rating
Extremely Limited Must be ordered.
The 2016 Cabernet Sauvignon continues to become more and more refined with time in bottle. Silky, wonderfully perfumed and nuanced, the 2016 is exceptionally beautiful. This is such a striking and vivid wine with tons of mountain character and pedigree to burn.
regular $174.99

The soul of an estate is revealed over the years to those who are dedicated to the subtleties. The viticulturist, responding to the changing elements, protects the land, nurtures the vines. The winemaker captures each season through the intricate blending of the lots. And finally, the consumer by opening a bottle has the good fortune to experience an entire vintage in a single moment, again and again.
The 2016 growing season produced idyllic conditions for the fifth consecutive year. A mild summer on the mountain with consistent temperatures, cooling coastal breezes and fog gave way to a warm September that opened up a generous window to begin the harvest. Our resident team selectively picked the estate 23 times between September 19th and October 7th. Yield was a modest 2.43 tons per acre.

The 2016 Cabernet Sauvignon begins with a deep garnet color that leads to aromas of dark and red fruits and underlying forest floor. On the palate, blackberry and tart blueberry integrate with dark chocolate, dried sage and fresh herbs. Balance is achieved between the energy and fine tannins and the deep, powerful, age-worthy nature of this wine.